Evie just catching scent, then sight of a couple of Red Deer which she subsequently chased - however, luckily she was one side of the fence in our garden whilst they were the other. 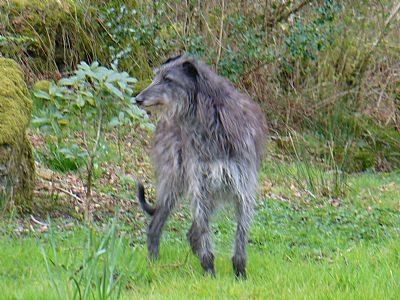 They then stood up the top of the hill for a while watching her before wandering off, they seem to know the dogs can't get them the other side of the fence as even when they tear up and down the deer don't seem that bothered. 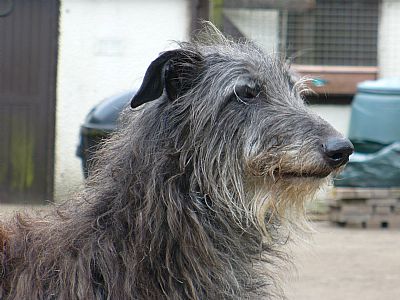 Evie was bred by our friend Belinda Playford and although she can be a darling more often than not she can be found up to mischief.   Belinda has Evie's brother, Murdoch .

Evie is attempting to take over the crown of "naughtiest deerhound ever" which is currently owned by her great grandmother, Francesca.  In another life I think she must have been a gardener as she takes great pleasure in pruning all the plants and shrubs.  Her nickname is Evil Weevil.  However, she has not quite scaled the heights Francesca reached, although ten out of ten for effort.

Honest Mum, it wasn't me, it was Granny, she is only pretending to be asleep in the corner.

Our friend Ane, giving Evie lessons on how to stand still for two minutes.

These pictures show she can stand and can even look angelic.

As you can see she also likes her comfort.

Another of Evie's favourite pastimes is gardening. 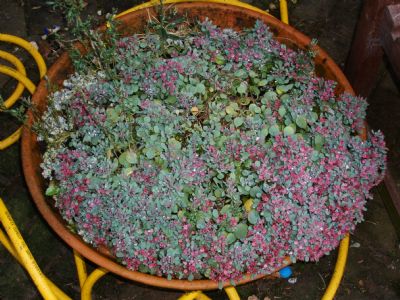 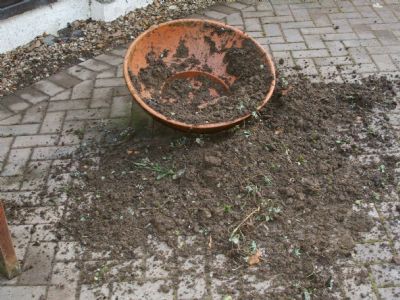 She was not a popular little doggy that day - and she just looks so sweet and inocent. 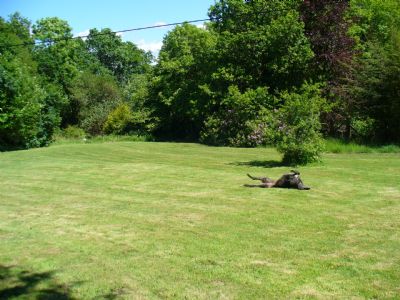 Do we eat it or ignore it?

I don't think they have noticed me yet.

It's hard to catch them with my camera when they are tearing round.

Evie and Yasso, the GSD having great fun.

Evie, taking after her grandmother and using the rock to survey her kingdom.

Laura and Evie practising for the big ring.  Yesterday was the first time Laura had even tried to stand Evie but by today she was starting to perfect the art, with a bit more practice she is hoping to be able to have a go at showing the dogs.

Practising over and away to the Hound Association of Scotland for the real thing, see News page.  Below are some pictures of Evie and Laura in the ring at their first show together where Laura has been actually handling the dogs.

Evie and Laura at their second show together, Leeds 2009.